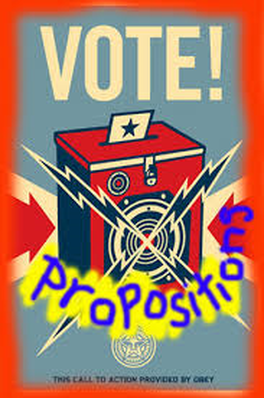 In this Mad Props project we focused on all of the propositions California was voting for on November 8th. We learned about all propositions, which was from 51-67. We wanted to choose the most important and interesting propositions to make a podcast about. Our team chose 57, 63, 64, 62-66.
Prop 57: We chose 57 because it had to do with parole for non violent criminals and juvenile court trial requirements.
Prop 63: We chose 63 because it has to do with ammunition and gun sales. It requires background checks on people purchasing firearms and ammunition.
Prop 64: We chose proposition 64 because it's the legalization of marijuana for people 21 and over for recreational use! How can we not choose this proposition!
Prop 62-66: Proposition 62 was about the repeal of the death penalty and proposition 66 was about the the procedures of the death penalty. 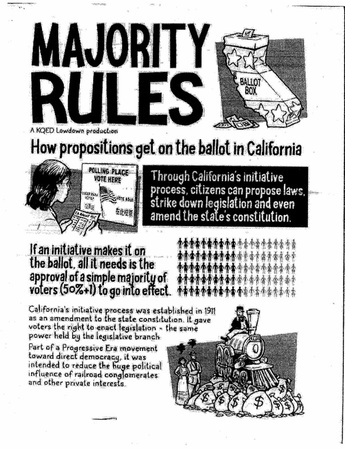 This document is the front cover of a packet we received. In this packet it taught us all about propositions in California. Basically told us everything we needed to know about the propositions. So we got this in the beginning of the project, which was a good way to get informed about what we were going to learn about this project. 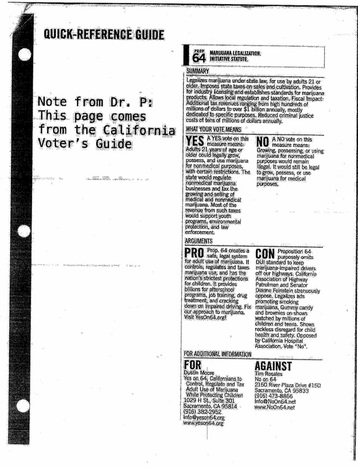 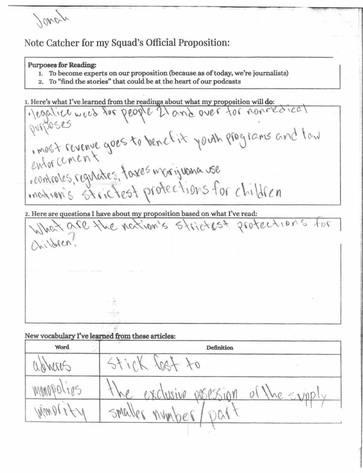 Our burning question was, "Where is the revenue from Proposition 64 going?" This wasn't the first question that came to mind for us though. Our podcast was about the reasons why a California citizen would say yes to this proposition. There were two questions we were really contemplating on using. One of them was of course, "Where was the revenue going to?" The other was, "What does marijuana really do to a person's health?" We were considering the other one because weed is a drug and often gets assorted with other very harmful drugs like cocaine, meth, etc.. when in reality marijuana is less dangerous than tobacco and alcohol. We chose the revenue question though because that is California's main benefit from this proposition.
We researched about the projected revenue we would be making a year, where that money was going to, and how it would benefit California.
We needed to make our podcast sound natural and include all of our key points into it. When making the script we added some stuff that we thought would make it more natural and humorous. With our magic formula to the podcast we needed to address the new jobs and obviously talk about how it's going to bring a lot of money to locations that most people are not informed about. Talking about this we had to think of people that would be informative about this topic but yet very interesting. One person we were thinking that would be very interesting was a teacher/principal that lived in Colorado. We thought that was very interesting because that person has the perspective of how it's affecting kids and since in proposition 64 it says that schools will get a lot of the revenue, it would be interesting to see how that's going. 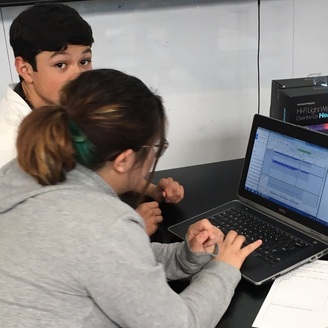 Here are my peers Ysa and Alejandro working on making our podcast sound smooth. Also editing really brought our squad together because we all shared frequently on what we thought what should be added or fixed!

Our first interviewee was Roland Shaw and we weren't planning on interviewing because it really came out of nowhere. We were actually researching about people we wanted to interview when Dr. P told us there was a visitor from Colorado here to learn about our school. He lived and Colorado and better yet he was an assistant principal at a school there! He would have a great perspective on many things about legalized marijuana. We just asked for an interview and it happened! Cat packer we found by searching the internet for people who would be great to interview and we stumbled upon her. For Cat packer we emailed her and got a response back saying she'd love to. We scheduled the interview and prepared for it. For both interviews it took place in the office of our classroom, for Roland it was in person and for Cat it was over Skype. Doing it in the office worked good for us, but we could've found a better place because we did pick up some noise outside of the office sometimes. We used a YETI microphone for both interviews. The best part of our interview with Roland was when he talked about where marijuana dispensaries were appearing the most because it brought out lots of emotion in him. For Cat the best part was when she was talking about how a big part of the revenue would go to drug education because she got very deep into how that was really important. We logged both of these interviews which basically means we took important notes of the interview on a document to look back at when we need it. I logged all of Cat Packer's interview.

We mad our script outline strongly off of information we found online form good resources and interviewees. I had a big part in the making of the script outline which contributed a lot to the real script. I had a lot of effect on what we were going to talk about and when and I felt like I a had a big effect on what we said. We made a lot of revisions after each interview we di because we got more interesting data that we needed to answer. We also moved some conversations around to make it sound more together and not all over the place.

PODCAST
We recorded this in a few tries in the office actually which was really good compared to other groups. We did mess up a lot on saying lines though. When I say that I mean we always got stuck or mispronounced a word which actually made this process so much more fun and humorous. It was hard for us at times though because we would always hit the table we were recording on or our mic picked up noise from outside of the office which made us have to restart on what we were saying. For the most part tho it was really funny and a very enjoyable experience. I was one of the main speakers in our podcast, a "Host." I had a lot of lines and I contributed a lot of the information that went to the lines. I also did a little of editing but not a lot. I chose all of our background music which I feel and many other people felt made our podcast a lot more entertaining. I also made revisions to our editing deciding what should go where. My favorite part of creating the podcast is when Thalia and I would go back and forth with her saying puns in the podcast. That moment will always stick in my mind because it was really funny yet out of my comfort zone, but it was fun. 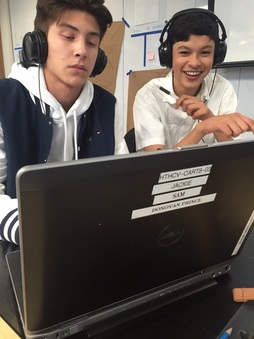 Alejandro and I editing and listening to our podcast. He looks like he's having the time of his life. Me on the other hand not so much...
But that time was very productive for me on editing!

Exhibition was such an amazing experience for me! How it was setup, where it was at, how we performed, and came together as people sharing out what we know about California and it's propositions was such an enjoyable time for me. It was located at a stage playhouse in Downtown, San Diego. Well one thing I would do different if I got to do this exhibition again is definitely help with the sound and lighting because it looked really interesting seeing on how to use the equipment for it. We got really positive feedback from a lot of audience members. Most of them said that my podcast was the most informative and entertaining which made me really happy. Getting along with each member is key to everything going to smoothly and having the best outcome at the end. I feel like it is because if all group members get along and they just have that chemistry, all things will go smoothly and in the right direction to succeed. 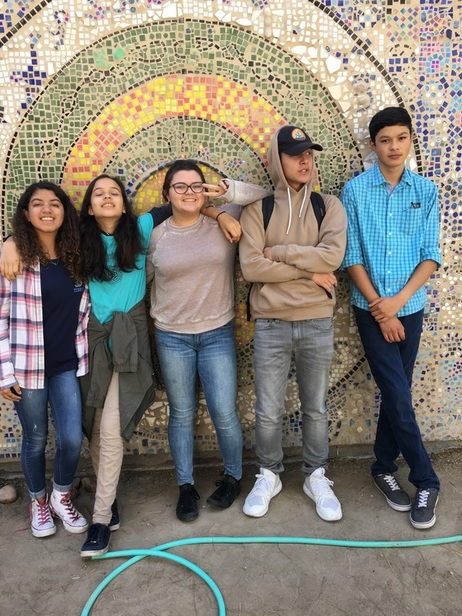